Sexual Identity and the Christian

This Thursday (11-12-15) the L. Russ Bush Center for Faith and Culture hosts Mark Yarhouse as he speaks on “Sexual Identity and the Christian: Reflections for Ministry in a Changing Culture.” Dr. Yarhouse, Professor of Psychology at Regent University, directs the Institute for the Study of Sexual Identity. 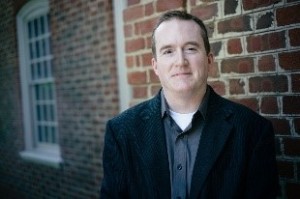 He has authored Homosexuality and the Christian: A Guide for Parents, Pastors, and Friends; Ex-Gays? A Longitudinal Study of Religiously Mediated Change in Sexual Orientation; and Understanding Sexual Identity: A Resource for Youth Ministers.  His most recent book is titled Understanding Gender Dysphoria: Navigating Transgender Issues in a Changing Culture.

Dr. Yarhouse is known for his balanced yet principled approach to counseling in matters of sexual orientation. Here is a brief clip in which he explains his “three-tier distinction” to understanding homosexuality.

Dr. Yarhouse will speak first during the chapel service at Binkley Chapel (at 10 am). Then he will present his lecture at the Bush Center (2nd floor of Patterson Hall) that evening (at 7 pm). Seating is limited, please be sure to register soon (Eventbrite registration can be found here).

Why Does Orphan Care Matter?

In this episode of Exploring Hope, Keith Whitfield sits down with Tony Merida to discuss orphan care, and why it matters.

Atheists Can Do Good, But Never Know It

Many misunderstand the point of the Moral Argument for the existence of God. The Moral Argument doesn’t say that atheists are incapable of doing morally good deeds. Rather, the argument points out that without assuming God’s existence it’s impossible to assign moral value to an action. This brief clip makes this point rather humorously:

In his book, Mere Christianity, C.S. Lewis presented what is probably the best known defense of the Moral Argument. He contended that all persons are conscious of an objective moral law. Moral laws imply a moral Lawgiver. Therefore, there must be a moral Lawgiver.

Lewis argued that there must be a universal moral law, or else disagreements would make no sense (as we assume they do). The very fact we make excuses for breaking the moral law indicates its existence. Nor can the moral law be mere herd instinct, or else the stronger impulse would always win, which it does not (for the moral law sometimes sides with the weaker impulse).

Judgment about the moral progress of a society makes sense, Lewis pointed out, only if the basis of that value judgment is independent of human society. Nor can the moral law be reduced to natural laws, since the moral law does not merely describe what “is” but rather prescribes what “ought to be.” The moral law cannot be “mere fancy” because we cannot get rid of it even though we would sometimes like to do so.

Lewis concluded that the moral law must originate from a Person. The source of this moral law must be more like a human (i.e., a rational mind) than nature (i.e., an impersonal force). Moral laws come from minds, not from matter. Therefore, there exists an absolutely perfect Power outside of humankind which is more like mind than anything we know, since it gives us moral commands. This rational Mind is very much interested in our behavior. This Source of all right must be absolutely good, for the standard for all good cannot be less than completely good himself. 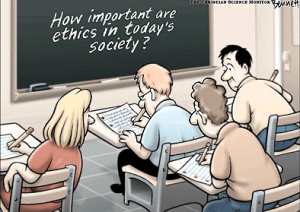 In short, the Moral Law points us to God, which seems to be the point the Apostle Paul also was making when he declared, “Indeed, when Gentiles, who do not have the law, do by nature things required by the law, they are a law for themselves, even though they do not have the law, since they show that the requirements of the law are written on their hearts, their consciences also bearing witness, and their thoughts now accusing, now even defending them.” (Rom 2:14-15 NIV)